I ventured down to Lake Eola Park on Earth Day. Earth Day in the park was interesting because the March for Science was happening at the same time as the Central Florida Earth Day celebrations. The two events contrasted a bit with one promoting science alongside another that was promoting a whole lot of pseudoscience. Besides the tents telling me the the horrors of chemtrails, the Earth Day celebrations also had some food vendors which aren't normally in the park. I tried Z-Best Ethiopian Food. 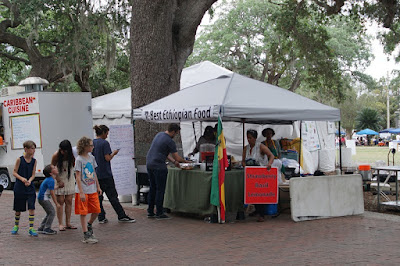 I had their three item combo. I picked a lentil-filled sambusa, collards, and chickpeas. The sambusa was good, similar to a samosa in an Indian restaurant but with a flakier crust. The lentil filling had a nice bit of spice to it. Chickpeas were also good, cooked in a flavorful tomato based sauce. The collards were just okay, with not much standout flavor. 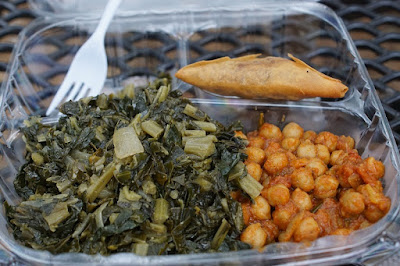 Z-Best was my first time eating Ethiopian food in Orlando. I know there are a couple other Ethiopian restaurants in town that I need to try, but so far I only have one data point. I guess that means Z-Best lives up to their name for now in Orlando.
Posted by Watch Me Eat at 9:56 PM No comments:

I ventured over to Disney's Port Orleans hotel for dinner on a recent evening. After wandering around the property looking at the different food options, I ended up at Sassagoula Floatworks & Food Factory in the French Quarter section of the hotel. The restaurant was set up food court style, with several different counters serving various menu options. 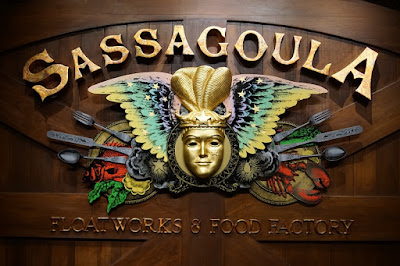 I tried the Jambalaya. It was served in a large bowl topped with a square of cornbread. As far as taste goes, the jambalaya was good, but it also sort of lacked something. It consisted of chicken, sausage, and rice, and that was about it. I'm used to seeing a little more in jambalaya too. Usually there's vegetables in there as well. Celery, green peppers, and onions seem pretty standard in the dish, but there was no trace of them here. 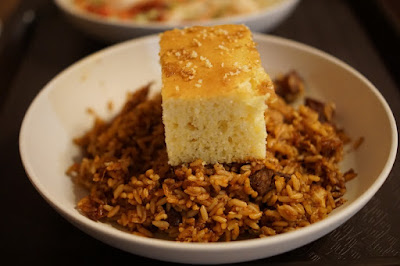 Someone else ordered the Shrimp and Grits. Definitely the better option. The large portion consisted of a large serving of grits topped with a freshly made serving of shrimp, various vegetables, and sauce. Sundried tomatoes aren't normally in here, but they were added upon request. It was really tasty and definitely outshined the relatively boring jambalaya. 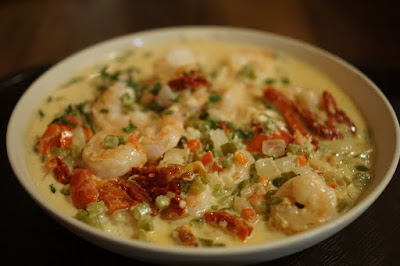 Beignets were also ordered for dessert. Doughnuts topped with powdered sugar are always good, and these were better than other theme park beignets I've come across which are basically square funnel cakes. These were light and fluffy and had the proper beignet consistency. 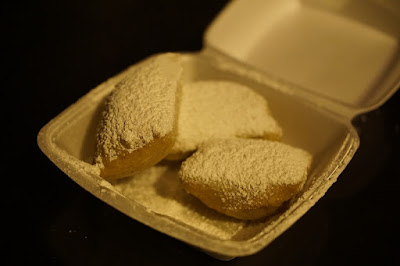 Although my jambalaya was a little subpar, everything else I tried at Sassagoula Floatworks was good. I'd go back!
Posted by Watch Me Eat at 8:00 AM No comments: